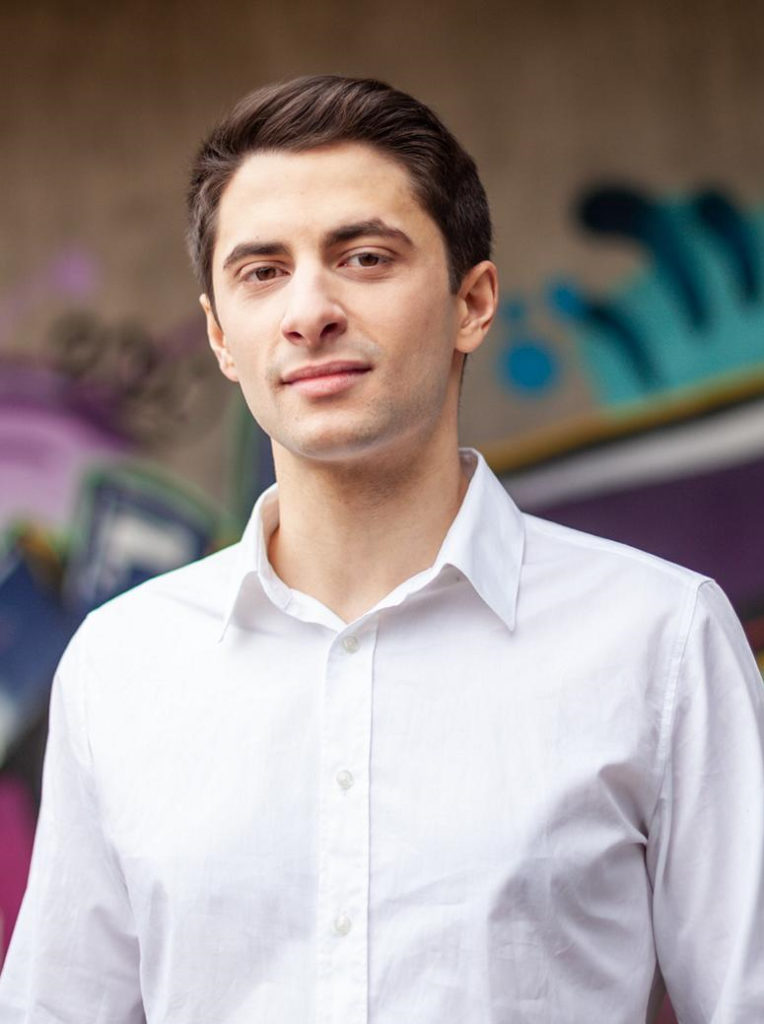 Riccardo Romeo was born in Augsburg to Italian parents and grew up bilingually. In his youth he sang in various choirs of the Augsburg Albert Greiner Sing- und Musikschule as well as in the children’s and youth choirs of the Augsburg Theatre. His first experiences on the operatic stage came early on, when he sang the role of the little shepherd boy in Tosca in 2005, and various subsequent children’s operas in the “Komödie Augsburg”.

Riccardo began his voice studies at the Hochschule für Musik und Darstellende Kunst in Frankfurt am Main in the class of Prof. Berthold Possemeyer. During his studies there, he performed as a guest at the Staatstheater Nuremberg, Staatstheater Darmstadt and the Oper Frankfurt. In the summer of 2015, Riccardo completed an ERASMUS semester at the Conservatoire national supérieur de musique et de danse de Paris (CNSM) in France, where in 2017 he was admitted to the Master’s programme in Opera (studies with Yves Sotin).

His repertoire includes both lyrical tenor and character roles. In the summer of 2018, Riccardo appeared as Monostatos in the production of the Magic Flute (La flûte enchantée) at the Escales Lyriques festival on Île d’Yeu in France. In the 2018/19 season he also appeared as Basilio (Mozart) in the Stadttheater Gießen, as Ecclitico (Haydn) in the annual production of the CNSM de Paris, and as Prince Ramiro (Isouard) at the Opéra de Saint-Étienne. In the season 19/20 he was engaged as Gastone (La Traviata, Verdi) at the Zénith d’Orléans and as Soldato in an Incoronazione di Poppea at the Festival d’Aix-en-Provence.

In the season 2020/21 he was a member of the ensemble at the Schleswig-Holsteinisches Landestheater in Germany. With the beginning of the 2021/22 season, he will be part of the soloist ensemble of the Staatsoperette Dresden.